Employers Favor Men (But Not Why You Think)

Gender discrimination is not a result of prejudice, according to Harvard researchers. Instead, gender bias occurs because men have the perception that members of their own gender will perform better. 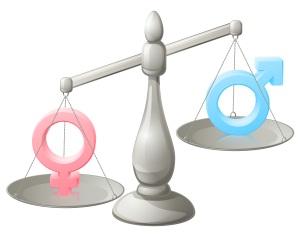 The study sample was broken into 100 job seekers (whose genders were hidden) and 800 hirers. The job seekers completed quizzes on sports and math, on which the men performed slightly higher, answering on average one more question correctly than the females. Even that marginal difference caused the hirers to be much more likely to hire a candidate from the male group, not knowing they were choosing a man.

From this result, the researchers concluded that prejudice against women wasn’t the culprit for favoring men over women when hiring. Instead, these potential employers were choosing candidates they thought came from higher performing groups.

Advice from the Career Trenches 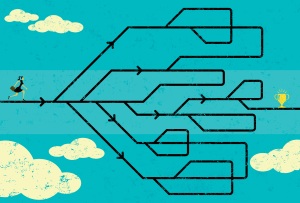 The course of true love (or career paths) never did run smooth, to paraphrase Shakespeare. But a few young workers share their zig-zag routes to career satisfaction.

Alicia Winkle started in a sales job after college that earned her a good salary but left her hungry for meaning. She quit sales and took any job she could find in the mental-health field. Today she has a full roster of patients she helps on Talkspace, an app that links therapists with patients for online talk therapy.

Naomi Granger spent 12 years as a public accountant before she launched her own business providing financial advice to cannabis startups. Now she’s a happy camper.

Jordan Olson always loved cheerleading, but after college, he worked as an auditor for an accounting firm. Dissatisfied, he brought his tremendous work ethic to Varsity Spirit, a firm that sells cheerleading and dance apparel.

From The Wall Street Journal

Chill Out—It’s Good for You

We live in a culture that doesn’t value sitting still, but excessive busyness can lead to negative effects on mental health, productivity, and well-being.

In fact, idleness brings many benefits. One of the positive effects of doing nothing is

daydreaming, which stokes creativity. Similarly, idleness provides time to recharge and therefore improve productivity. Finally, putting a stop to a cycle of busyness can help solve problems because that break allows an individual to look at matters from a different angle.

Below are a few tips to promote mindful idleness.

From The New York Times