Are Elite Colleges Worth the Cost?

Degrees from costly, prestigious colleges pay off only in certain fields, according to new research conducted by The Wall Street Journal. 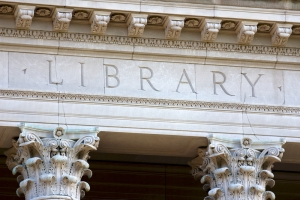 The research team examined thousands of college graduates ten years after leaving school. The researchers found that in business and the liberal arts, degrees from prestigious colleges and universities resulted in higher pay. However, in STEM jobs, the school the student attended did not matter. Higher-than-average earnings for those graduates remained consistent despite the college attended.

The findings are significant because knowing that future earnings will not be affected by the student’s undergraduate degree can save parents and students thousands of dollars.

–From The Wall Street Journal

The casual Google search on a potential employee is a given today. However, more than 50 percent of employers take it a step further and actively search for red flags on candidates’ social media pages. Such probes into Internet identity can lead to a host of problems. Below are a few areas to constantly monitor, so that your online persona is squeaky clean:

As a way to disconnect from the constant distractions of smartphones, some people are reverting to the good old days of the flip phone. Manufacturers Sony and LG have given up on the small market for the devices, but Microsoft and Samsung continue to produce the simple and inexpensive phones. Tired of smartphones’ short battery life, some users choose the low-tech devices as a way to uncouple from the digital world. Others use a sophisticated smartphone during the day but take the lighter, smaller flip phones when they go out at night.

–From The Financial Times